Automotive performance and street racing enthusiasm in and around our Nation's Capital. Drop in on performance events and secret gatherings all around Maryland, Virginia and the Washington, D.C. metropolitan area. Not just a bunch of clips slapped together, Smoke is professionally produced and reveals some of DC's most thrilling antics: It is an high-quality documentary DVD that captures the action and conveys raw, immersive presence in various scenes and pursuits.

"The action really moves for over two hours. It just never stops. Great music, too."

"Take the action scenes from 'The Fast and The Furious' add in a bit of Real World and you've got Smoke." --DIPstick Magazine 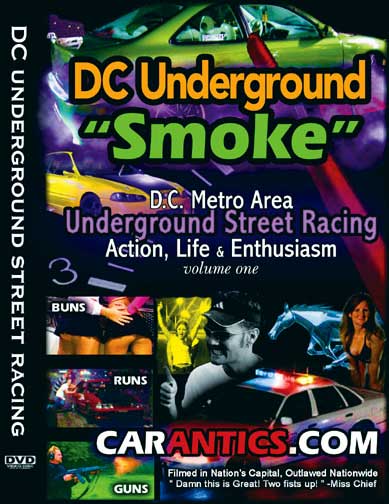 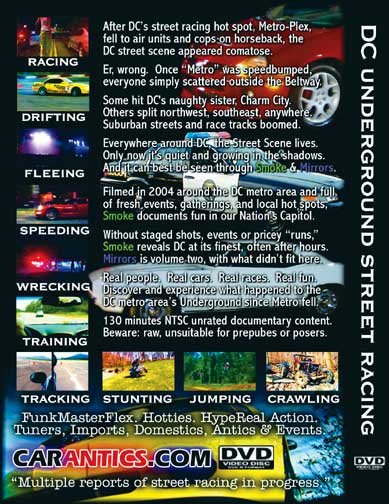 Over 2 hours in 4 thrilling sections. Something for everyone. Fast-paced, vibrant, well done. Definitely a keeper.

"The daily crush of Beltway traffic makes it easy to forget that driving a big metal machine is fun, and that driving it fast is even more fun. But there is a resurgence of car culture in the United States, and along with it a new heyday for the old-school pastime of burning rubber." --washingtonpost.com